In Memory of Paul Colton 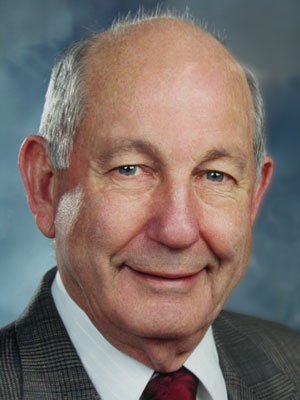 Paul Colton, beloved husband, father, and friend, passed away in 2007 at the age of 84. While Paul retired from West American Rubber Company in 1993, the legacy he left behind survives in the daily workings of WARCO.

Paul attended Hickory High in Sharon, PA before going to UCLA to earn his Bachelor’s Degree in Chemistry. After graduation, Paul went to work as a chemist for Federal Mogul. His five years at Federal Mogul was followed by a near twenty year career at Stillman Rubber. Paul was the Chief Chemist at Stillman. Paul’s next opportunity came from Sierra Rubber. Paul served as Technical Director and President at Sierra for eleven years.

Remaining in the rubber industry, Paul came to work for WARCO at the beginning of 1985. He was hired as the Director of Technical Sales. Proving his abilities to be indispensable, Paul was quickly promoted to Vice President of Technical Services less than one year later. Paul worked as Vice President until his retirement in 1993. Still after retirement, he continued his dedicated service to WARCO as an outside consultant. In 1997, WARCO proudly awarded Paul the Charles J. Vaughn Award of Excellence. This is awarded annually to one individual that has demonstrated unyielding dedication to the success of West American Rubber Company. Paul is the only person to be given this award after retirement, demonstrating the living legacy of Paul’s labor.

WARCO has immense gratitude for Paul’s many tireless hours, devotion and loyalty he gave during his career. He will always be warmly remembered and will surely be missed.

Paul is survived by his wife, Mildred, and daughter, Kristen.

With sadness,
The WARCO Family

In Remembrance of Paul, Donations May Be Made To The American Legion. Donate Now